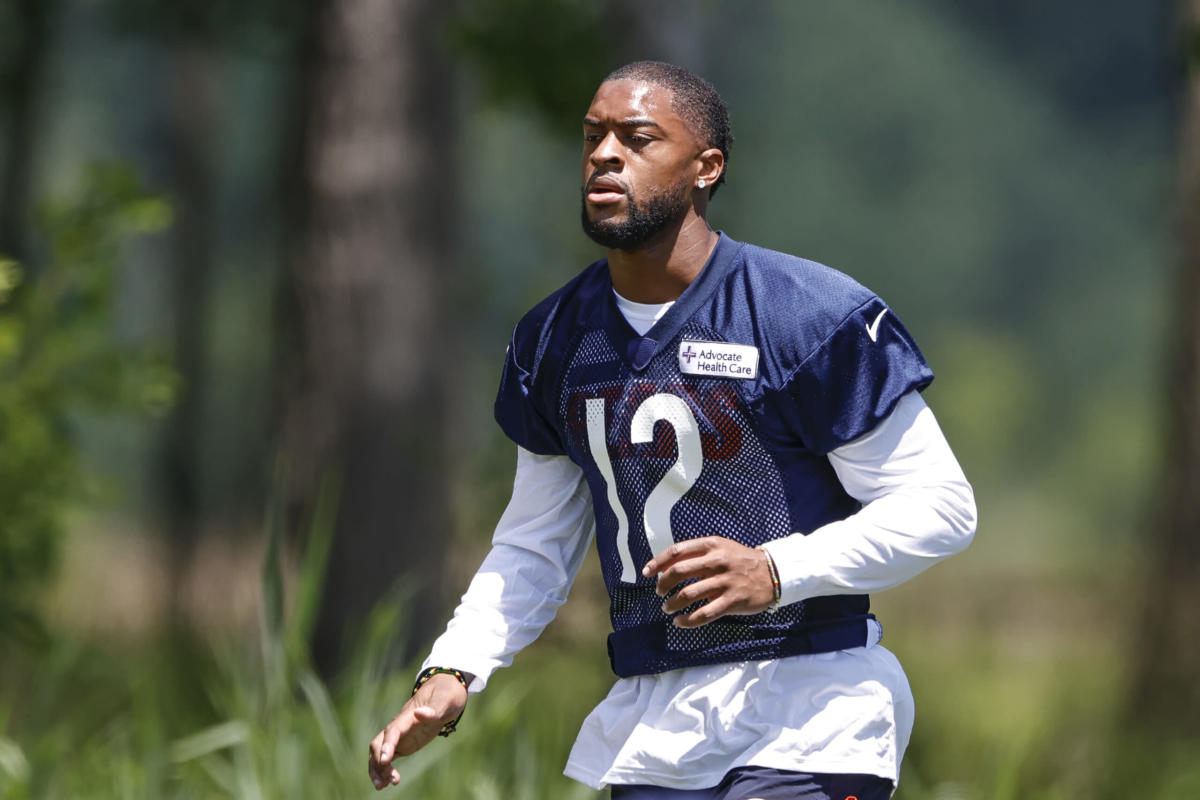 It hasn’t even been a week since the Bears parted with head coach Matt Nagy, but the fallout is already beginning to surface from players after enduring a complicated season.

The Bears went 6-11, their first losing season since 2017, and Nagy’s impending firing was at the top of everyone’s mind for the last 6-8 weeks.

Over the last few days, players have spoken out about the difficult circumstances they faced this season, including wide receiver Allen Robinson.

The veteran pass catcher was always vocal about his support for Nagy, particularly during the 2020 season when the coach vouched for him during the contract dispute he had with the Bears. But according to Robinson, all of that changed last offseason when the $18 million franchise tag was placed on him.

Speaking with “Keyshawn, J Will, and Max” on ESPN Radio on Friday, Robinson opened up about this last year with the Bears and indicated things felt different this time around while he was playing on the franchise tag.

“At that point in time, once I was franchise tagged, throughout the course of the year, it just felt a little bit different. As far as my involvement and things like that, from the time last season ended, I think I talked to coach Nagy for the first time in June or July, whatever day mandatory minicamp was, it was June 17th.

“That was the first time I had talked to him since the flight after the Saints loss the year prior. Things like that coming into the season were a little unsettling for me, especially with that being my guy since the time I stepped foot in Chicago and us having open communication and things like that. That’s kind of the stuff that started early on in the season…”

After the support both men showed each other in 2020, it’s surprising to hear how Nagy ghosted Robinson following the playoff loss. “He’s a super person and a super player,” Nagy told the media in September 2020 during the public contract dispute. “He’s confident that we want him to be here and he wants to be here. That’s ultimately the goal.”

Robinson echoed the sentiment, saying he had a “very good and spirited talk” with his coach and that they were on the same page. Robinson finished that season with 102 receptions, 1,250 yards, and six touchdowns, a far cry from his output this past year.

Outside of his 2017 season where he tore his ACL in Week 1, Robinson had his his worst season as a professional in 2021. He played in just 12 games, catching 38 passes for 410 yards and one touchdown. Robinson battled injuries throughout the season, but when he was on the field, he simply wasn’t involved in the gameplan and, when he was, he was ineffective.

It sounds like his deteriorating relationship with Nagy had something to do with it, but Robinson is focused on moving forward.

“One of 32 teams is going to get a very, very, very, hungry player, whoever that may be,” he said.

Robinson doesn’t anticipate getting tagged again by the Bears, who would have to pay him around $22 million if they chose to do so. It appears both sides are ready to move on. But Robinson was clearly hurt by the lack of support from his coach.