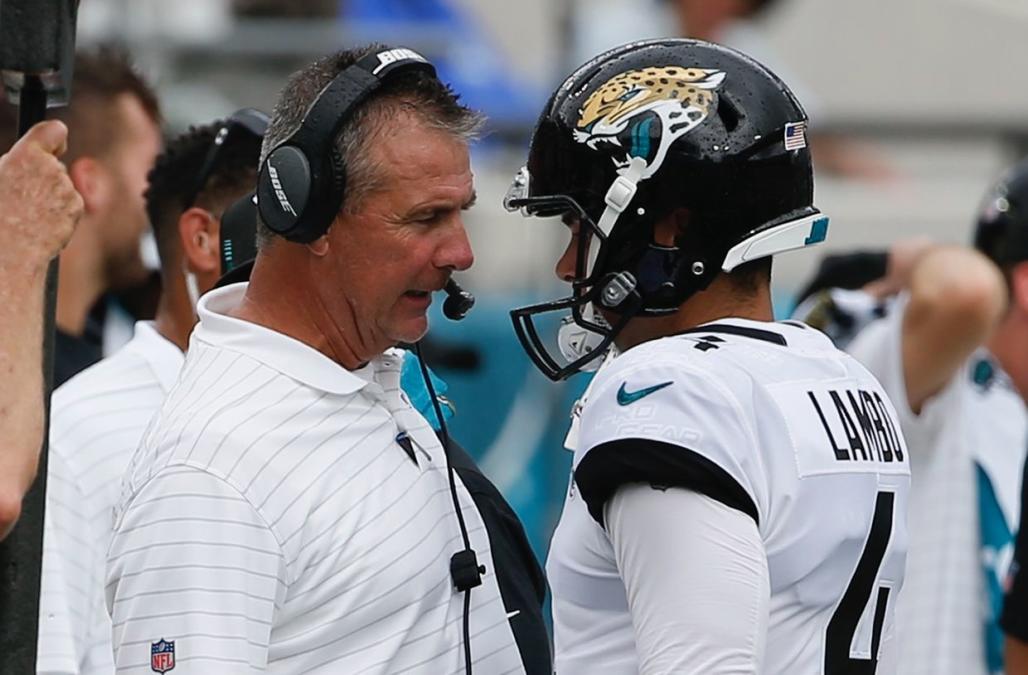 Former Jacksonville Jaguars kicker Josh Lambo says that head coach Urban Meyer called him derogatory terms and kicked him at practice prior to his release from the team early this season.

Lambo told his account to Rick Stroud of the Tampa Bay Times in a story published on Wednesday.

The alleged incident occurred during a preseason practice after Lambo had missed field goals in two preseason games.

“I’m in a lunge position,” Lambo told the Times. “Left leg forward, right leg back. … Urban Meyer, while I’m in that stretch position, comes up to me and says, ‘Hey dips***, make your f***ing kicks.’ And kicks me in the leg.

“It certainly wasn’t as hard as he could’ve done it, but it certainly wasn’t a love tap. Truthfully, I’d register it as a five (out of 10). Which in the workplace, I don’t care if it’s football or not, the boss can’t strike an employee.”

Lambo said that Meyer barked back at him when he confronted him about the kick.

“And for a second, I couldn’t believe it actually happened,” Lambo continued. “Pardon my vulgarity, I said, ‘Don’t you ever f***ing kick me again’ And his response was: ‘I’m the head ball coach, I’ll kick you whenever the f*** I want.’”

Meyer denied kicking Lambo when asked about it by the Times.

“Josh’s characterization of me and this incident is completely inaccurate, and there are eyewitnesses to refute his account,” Meyer told the Times. “(General manager) Trent (Baalke) and I met with him on multiple occasions to encourage his performance, and this was never brought up. I was fully supportive of Josh during his time with the team and wish him nothing but the best.”

“Jaguars legal counsel indeed acknowledged and responded immediately to the query made by Josh Lambo’s agent Friday, August 27, 2021,” the Jaguars told the Times in a statement. “Counsel offered to speak with Josh, or to assist Josh in speaking with coaching or any other football personnel, if he was comfortable with her sharing the information. Any suggestion otherwise is blatantly false.”

The Jaguars released Lambo on Oct. 19 after he missed his only three field goal attempts on the season and connected on 5 of 7 extra point attempts. Lambo, 31, is a seventh-year NFL veteran who spent four-plus seasons in Jacksonville prior to his release. He remains a free agent.