Four years after Minneapolis Miracle, Vikings are a long way from a Super Bowl win 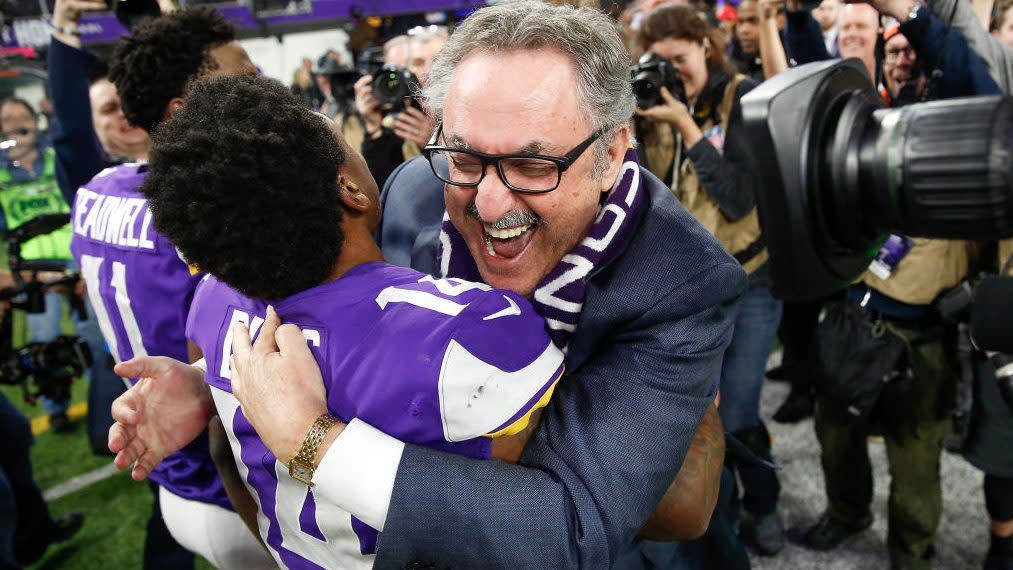 Many believe, incorrectly, that the Immaculate Reception happened en route to Pittsburgh’s first Super Bowl win. In reality, the Steelers lost the following weekend, to the unbeaten Dolphins in the 1972 AFC Championship. Two years later, the Steelers won the Super Bowl, beating the Vikings.

That reality was met with encouragement by plenty of Vikings fans four years ago, after the Minneapolis Miracle (which happened on January 14, 2018) ended a week later with a loss to the Eagles in the NFC Championship. The glass wasn’t half full; the cup was about to runneth over for those shouting SKOL! before taking the first gulp. It was just a matter of time before the Vikings finally got back to the Super Bowl for the first time since 1976, right? Um. Wrong.

Since 2018, the Vikings have regressed. In hindsight, maybe they should have kept quarterback Case Keenum (who threw the pass that sparked a miracle) instead of going all in for Kirk Cousins. After four seasons with (and countless millions paid to) Cousins, the Vikings seem much farther away from a championship than they were after one of the most dramatic moments in league history.

No longer content to be “just good enough,” Vikings ownership has cleaned house in an effort to consistently contend for championships. The hires they will soon make, for a new G.M. and a new head coach, will go a long way toward determining whether the franchise will finally realize its decades-long obsession to win a Super Bowl.

Today’s anniversary is a jarring reminder of the vibe that surrounded the Vikings just four years ago. Within the next four years, can they reverse the current path and finish the job that the team came close to accomplishing in 2009 and 2017? It all comes down to the persons the Wilfs hire, and then what they do once they settle in to their new jobs.