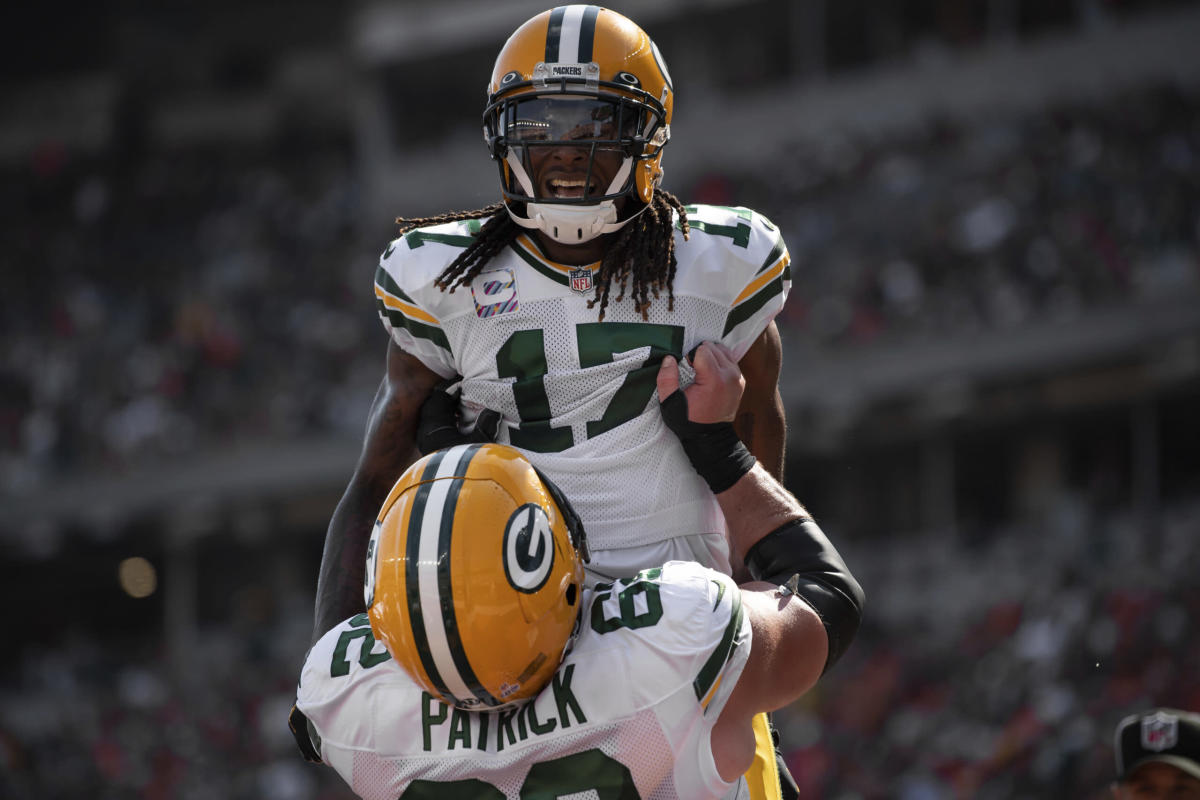 Green Bay Packers receiver Davante Adams was named a first-team All-Pro for the 2021 NFL season by the Associated Press.

Adams, who broke team records for catches and receiving yards, received all 50 votes for first-team All-Pro. Los Angeles Rams receiver Cooper Kupp and San Francisco 49ers receiver Deebo Samuel were the other two receivers selected to the first team in 2021.

The honor is Adams’ second first-team selection of his career. He received 49 of a possible 50 votes and was a first-team pick last season when he caught an NFL-high 18 touchdown passes in 14 games.

Despite being targeted 169 times, Adams dropped just four passes, caught 72.8 percent of his targets and averaged 9.2 yards per target. He hauled in 19 passes of at least 20 yards and four of 40 or more.

Adams had eight games with 100 or more receiving yards, including a career-high 206 yards in Week 5. His 206 receiving yards against the Bengals represented the second-highest by a player during the 2021 season. He also had an NFL-high five games with at least 10 catches and over 100 receiving yards.

The Packers had three first-team All-Pros in 2021.